Living Miraculously: Valentine’s Day and How a Defiant Priest, Goats and Mating Birds Became the Symbols for Love. 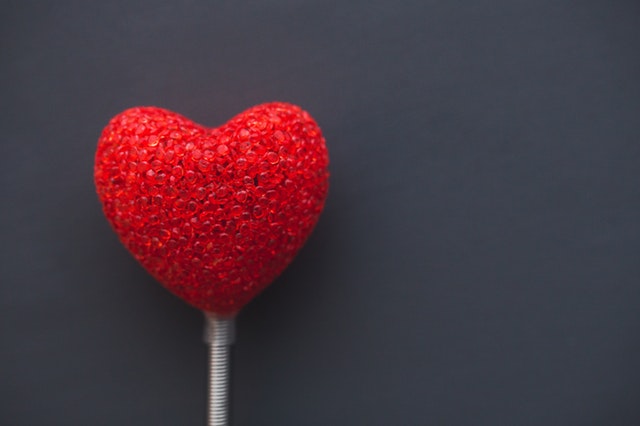 Thinking outside the heart shaped box

I find the most interesting “facts’ on the internet..and we all know everything on the internet is true! (lol) If you have the time, you might find the following interesting and enlightening. Some of the peculiar pieces of the history of Valentine’s Day may be truthful. For me, it is just an interesting metaphor (in a bit of an exaggerated way) of what I often speak about in “Living Miraculously.” How many of the things we do, practice and believe has very little to do with the actual event. They’re just distorted Tribal beliefs passed down generation after generation.

The (sketchy) History of Valentine’s Day

During the third century in Rome, Emperor Claudius II decided that single men make better soldiers than married ones and so he outlawed marriage for young men. Valentine, a priest realizing “that was just crazy,” defied Claudius and continued to perform marriages for young lovers.  When these secret ceremonies were discovered, Valentine was of course, put to death. (How uncivilized—killing people for disagreeing with you!) Other continued stories tell of an imprisoned Valentine who sent messages to his lover, who happened to be his jailor’s daughter. (Go figure) The messages were signed ‘from your Valentine.”

Valentine was put to death sometime in the middle of February, which disturbingly for the Christian church coincided with the ides of February, or February 15 the pagan celebration of Lupercalia. Lupercalia, is a fertility festival dedicated to Faunus, the Roman god of agriculture, as well as to the Roman founders Romulus and Remus.

On this  holiday, pagan priests would take goat hides dipped in blood (believe me you don’t want to know the details) and go around the town slapping women and crop fields with the blood soaked goat hide to…you guessed it.. stimulate fertility.  At the end of this fun filled celebration, all the young women in the city would then place their names in a big urn. The city’s bachelors would each choose a name and become paired for the year with his chosen woman.

Not to be outdone by the Pagans,  Pope Gelasius pulled rank and at the end of the 5th century, Lupercalia was deemed “un-Christian” and so declared February 14, St. Valentine’s Day.

But wait…there’s more!   It was not until the Middle Ages, that Valentine’s Day became associated with love. It was a common belief at that time in France and England that February 14 was the beginning of birds’ mating season, which added to the idea that the middle of Valentine’s Day should be a day for romance.

And for all these reasons (and more) we now send roses, chocolates and lace covered Valentines to the ones we love. But, if you want to be authentic, send a (blood soaked) goat hide instead. Just kidding!!!

This really is not too far from the truth of how we motion through life with beliefs that were formed from some unrelated story. So my question is this: What hard-wired beliefs do you have about people, love, politics, race, religion, etc., that are clogging up your pipeline to the divine and your ability to co create real miracles in your life? Just asking…